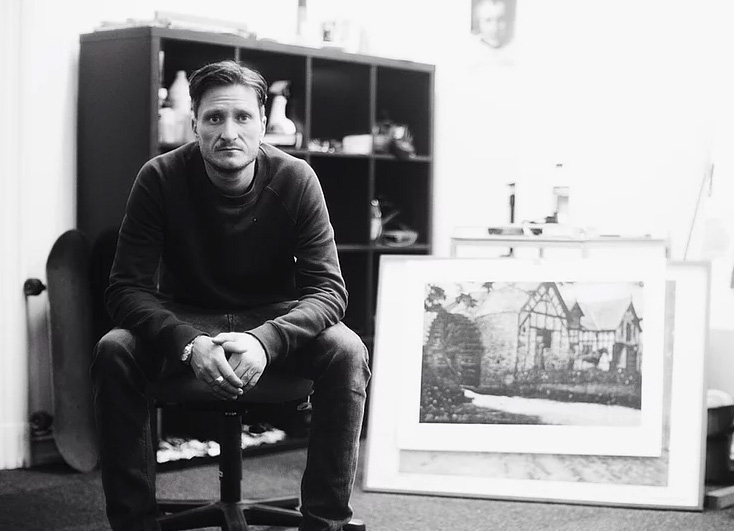 Henrik Kleppe Worm-Müller (born 1981) is a Norwegian artist, living and working in Oslo, Norway. Henrik studied at Oslo Tegne og Maleskole between 2001 and 2004. From 2003 to 2006 he was a student of the Norwegian painter Thorvald Lund-Hansen. Henrik is represented by Gallery Haaken in Oslo,Norway.

Henrik Kleppe is a modern romanticist and his close relationship with nature and its complexity is always present in his pictures. Kleppe genuinly wants to see the world as a harmonious place, but he renders it with complex feelings and different ways of interpretations. He never ceases to give the viewer small surprises and challenges.

The same ambiguity is present in his unique technique. His use of priming with surprising colours, spraypaint, neon colours combined with acrylic and oil is in a traditional yet distictive form wich brings energy, harmony and ambiguity into one and the same image.

His pictures appear different throughout the day and the year. Light and shaddows are of importance as is his classical training. He borrows from the Impressionist and as they celebrated and saw the challenges of the modern, industrialized world, Kleppe is a young artist of the 21st Century where cyberspace-and environmental concerns dominate our perspectives.